Great Fishing Conditions on The Lake 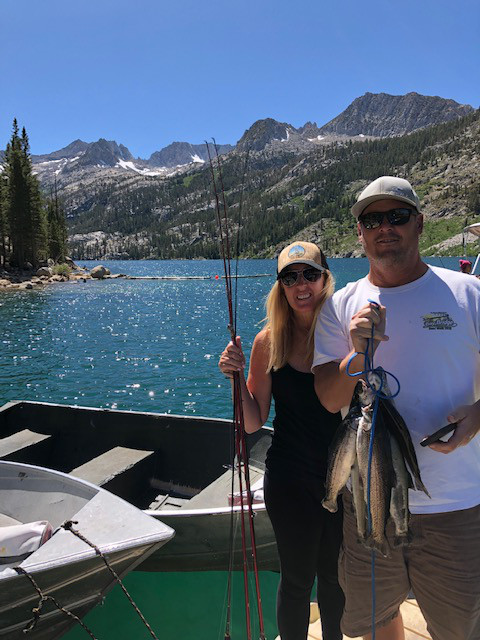 The lake is no longer going over the spillway but the lake is only a foot or so below full pool making for great fishing conditions on the lake. The water clarity is back to what we're used to with 15-20ft or more of visibility. Light line, preferably 4lb test or less is recommended.

The DFW has continued to stock weekly with 1300lbs of fish stocked in the last 10 days to go along with yet another load of quality Rainbows from Idaho which dropped today. Rumors of another trophy stocking of Oregon fish next week are swirling so we'll see if that materializes.

Anywhere behind the island, near the inlets or in either channel have been consistently productive. Keep an eye out for big cruising fish silhouetted against white granite boulders. Top fish of the week weighed in at 5.10lb toad caught by Bruce Flynn from Downey, CA on a nightcrawler. Other notable catches include a 25" Rainbow estimated at 5lbs caught and released by Uros Seme of Slovenia using a silver Mepps spinner. Both fish were caught near rock piles in the back of the lake. Lots of fish in the 2+lb range also weighed in. 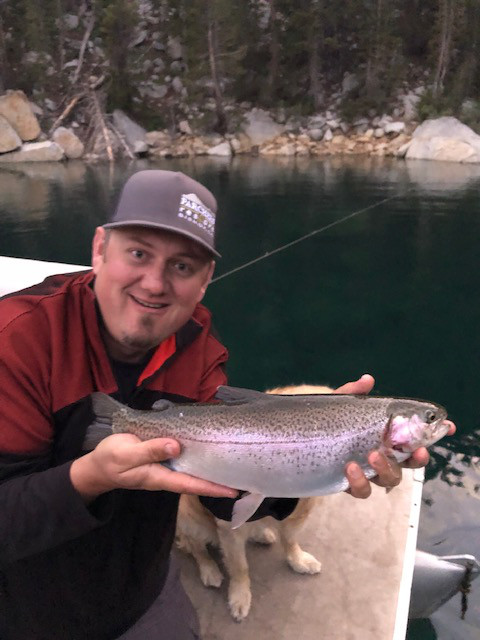 9-4-2019
Trail Conditions All ​the major day hiking trials are clear and the hiking is spectacular. The mosquitoes have finally let up but...... Read More 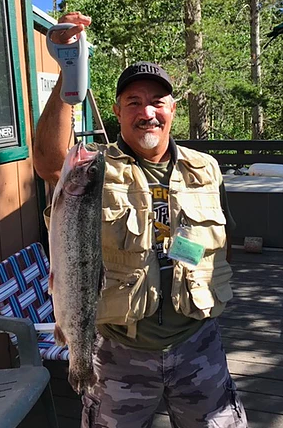